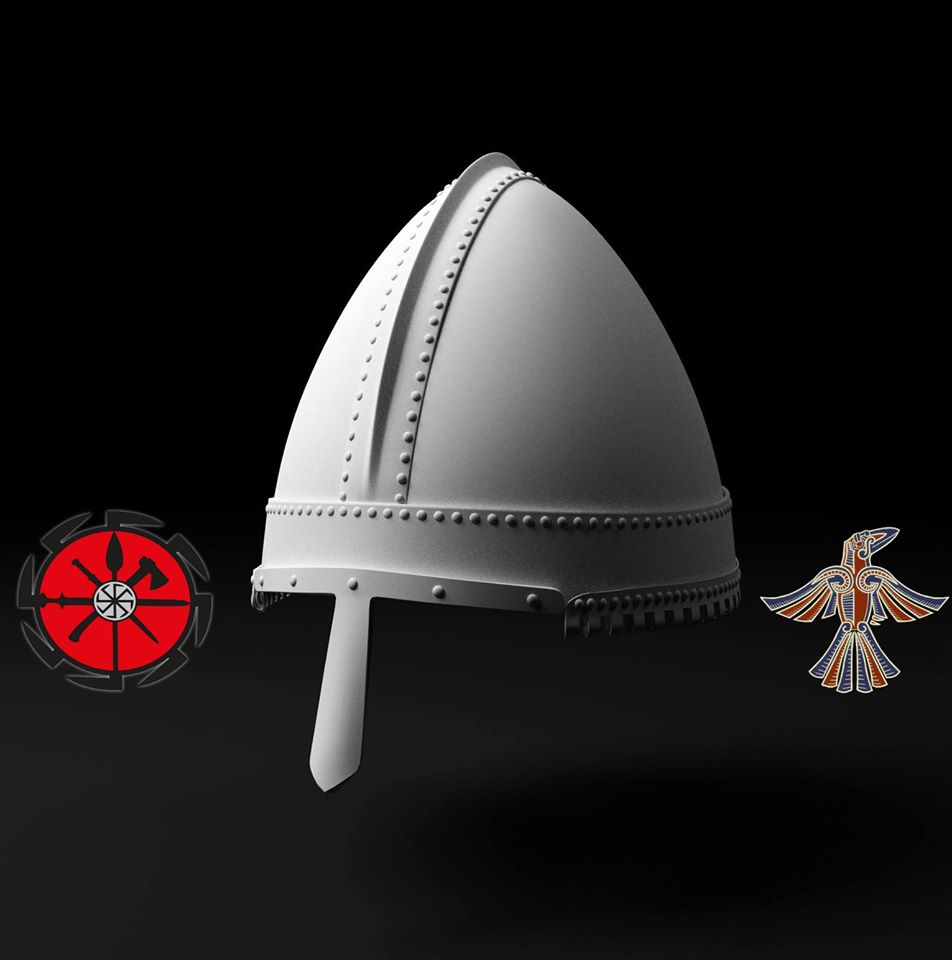 The Early medieval forum / Fórum včasného stredoveku (FVS) will take place
February 3, 2017 in Archaeological Museum of the Slovak national museum in
Bratislava, Slovak republic. The project is organised by Marobud reenactment group from Czech republic and Svjatogor from Slovak Republic.

For a longer period of time I and some of our group – Svjatogor – were convinced that we should contribute to the Slovak reenactment community by organizing an event. However, I was not sure of it’s nature for there are always the same types of events. An event for the public with stage combat exhibitions, theatrical parts and some tournament? Early medieval reenactment battle? A private gathering of the reenactment groups – maybe some tournament and party in costumes?
All of those have at least one of the following problems: there’s a lot of it, local community is not big enough, no adequate space for it, without sufficient additional value etc.

A bright idea came to my mind while chatting with my father – an archaeologist. He attends a lot of conferences and symposiums dedicated to different matters of his profession. Why not to make something similar but in a smaller scale and dedicated for reenactors? There is a crucial need for an open discussion channel for the reenactors.
Yes, we discuss things on the social media, we can talk during the events. On the social media like Facebook, we can indeed see fruitful debates but we have to face the loss of intimacy in these discussions which results into egocentrism, agression, so called “hate”, personal attacks and last but not least the presence of people not interested or open-minded enough for some sort of serious discussion. Most of these problems are present also during the reenactment events but with the addition of the alcohol, therefore the efficiency of the discussion decays.

A base for reenactors of the early medieval period – this idea caught me and kept me thinking of it for some time. After some time I was confident of the possible contribution of this event mainly in these points:
– meeting in person without the distance of the medias
– relatively small group meeting with a clear aim without unnecessary distractions
– participation of people that are truly interested in the matter
– a potential to create a long-term collective that could be recognized in the reenactment scene
– a possible inspiration for the others to discuss on a new level

With a steady aim, the next step was clear. For a few years there is a person I recognize as a certain authority on the early medieval reenactment scene in the Czech and Slovak republic. I assumed his participation on this Early medieval forum (FVS) was crucial to the goal of the event.
Tomáš Vlasatý is Czech reenactor of the early medieval Northener from Scandinavia, member of Marobud reenactment group, founder of Projekt Forlog, and an enthusiast that is engaged in a large number of projects that aim to improve the quality of the reenactment community and to motivate current and new reenactors to improve themselves.

My shy approach to him was not in place because of his friendly attitude and his fast approval and adaptation of this idea and also an enthusiasm he showed. According to his knowledge a similar concept works perfectly in Russia that is known to possess a powerful community of a great quality. We agreed on the name of the event and Tomáš suggested to find a place inspirational enough for this kind of forum. We also agreed on a date of the forum that will take place February 3, 2017.
An important part of the contribution of Tomáš was to invite the deeply interested reenactors that could contribute to this forum as his scope and contacts amongst the reenactors are really significant.
In the meantime thanks to my and my group’s warm relations with the Archaeological Museum of the Slovak National Museum we managed to arrange the forum to take place in the premises of the Archaeological Musem.

The idea of the Early medieval forum is that the participants contribute themselves with their own ideas, papers or presentations to the forum. I managed to convince
PhDr. Vladimír Turčan of the Archaeological Museum, an expert in the archaeology of the early medieval Slavic culture, to contribute to the forum with his speech about Bojná hillfort, probably the most famous early medieval archaeological site in Slovakia.
Recently, the top-level sword manufacturer from Slovakia – Róbert Môc – kindly agreed to participate in the Early medieval forum and to contribute by presenting the sword from Krásna nad Hornádom (Slovakia) and his work on it’s reconstruction.

It is not so long I was merely scratching the surface of the whole reenactment problematics but I and my group, we wish to join the effort of the great reenactors and help to improve the community. Naturaly we have to start from ourselves but in the meantime we would be happy to cooperate with the others and help to motivate the other groups and individuals.

I believe, and I assume Tomáš would not disagree, that the Early medieval forum will be a step in the right direction and that we would be happy to welcome more enthusiasts in the early medieval reenactment to participate and collaborate on the meetings in the future.

In case of interest, please contact us via e-mail on: svjatogor.druzina@gmail.com